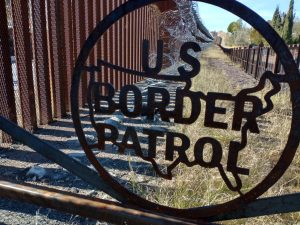 Today the Kino Border Initiative, with the support of the Catholic Charities Immigration Clinic at Gonzaga School of Law, submitted a detailed report to Department of Homeland Security Secretary Mayorkas with information on complaints KBI has filed throughout the Trump Administration and in the first weeks of the Biden Administration. Since 2017, the Kino Border Initiative has submitted 73 complaints against the Department of Homeland Security for misconduct and mistreatment of immigrants at the … END_OF_DOCUMENT_TOKEN_TO_BE_REPLACED 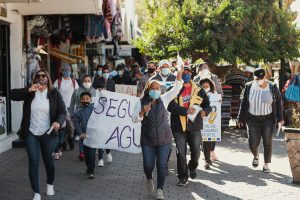 By Sister Tracey Horan, SP Originally published in Messy Jesus Business  I recently sat across my desk from one of the prophets of the #SaveAsylum movement. The leaders of this organization are an eclectic group of migrants, activists, church and community members from Arizona and Sonora, Mexico, who united in the past year to restore access to asylum at the US-Mexico border. The prophet in front of me is a slight, single mother with a vibrant energy from southern Mexico. Looking … END_OF_DOCUMENT_TOKEN_TO_BE_REPLACED 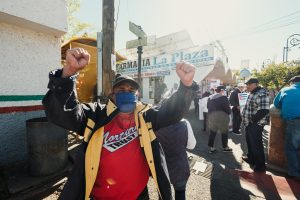 Before the sun rose on July 31st, 2019 Saulo was on a buswith his son, fleeing their home country of Honduras and leaving behind a wife and two daughters. In the darkness of the night, he made his way to the Guatemala-Mexico border. The Suchiate River serves as a natural divide between Guatemala and Mexico, where many migrants cross on makeshift rafts. Sitting with Saulo, he paints an image of the muddy water, the colorful murals on the Mexico side of the river, the hustle and bustle of the … END_OF_DOCUMENT_TOKEN_TO_BE_REPLACED 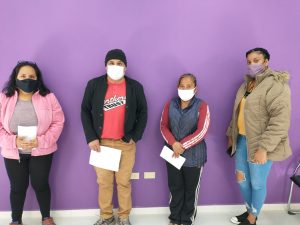 Two Year Anniversary of MPP January marked the two year anniversary of the implementation of the Migrant Protection Protocols, which havesubjected over 68,000 asylum seekers to long waits in Mexico as they carry out their asylum claims in the US. Amidst long waits, the asylum seekers forged relationships in Nogales, which are captured in this article.   January 19th SaveAsylum Action, #NotOneMoreDay On Tuesday, January 19th, the #SaveAsylum Coalition, made up of asylum seekers, … END_OF_DOCUMENT_TOKEN_TO_BE_REPLACED 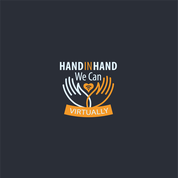 Voices of the Border Voices of the Border, co-authored by Tobin Hansen and our very own Mexican Education Coordinator Sister María Engracia Robles Robles, M.E. documents the testimonies of migrants and refugees in Nogales. This book amplifies the voices of a demographic often excluded from the immigration conversation. Pre-order your copy HERE. To get a sneak peak of the book and speak with the authors, join us and Canisius College on February 24th at 2:00 pm Mountain/Arizona time. Tune in … END_OF_DOCUMENT_TOKEN_TO_BE_REPLACED