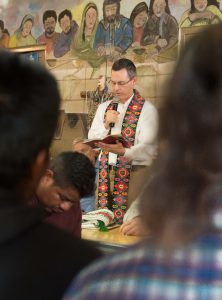 Jesuits representatives from the U.S. and Canada visit the KBI to learn more about the migrant experience and the reality of the border. By: Roxane Ramos During their February meeting in Tucson, representatives from the Jesuit provinces in the U.S. Canada, and Central America (11 provinces in all) took the opportunity to visit the KBI’s border ministry. On Sunday, February 8, they gathered at the comedor with the migrants for a dialogue, a Mass celebrated by Father Sean, and a shared meal. … END_OF_DOCUMENT_TOKEN_TO_BE_REPLACED 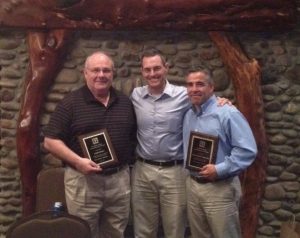 Two KBI board members are honored for their years of service. By: Roxane Ramos In September, Frank Grieco and Luis Parra, both founding board members, were honored for their years of service to the Kino Border Initiative. “Frank and Luis have contributed so much to the KBI Board of Directors,” said board chair Jane Lacovara. “As a migration attorney working on both sides of the border, Luis has been such a valuable resource for us. And we’ve benefited from Frank’s deep understanding of the … END_OF_DOCUMENT_TOKEN_TO_BE_REPLACED 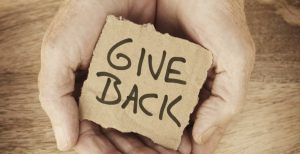 Mark you calendar now for April 7th—Arizona Gives Day! You can participate wherever you live; you don’t have to be in Arizona to give. On this one day, over $1,000,000 will be raised for nonprofit organizations throughout Arizona. The KBI will have the opportunity to earn cash prizes throughout the day for the most number of donors and/or dollars raised. To support the KBI with a special gift on this day, go to: https://azgives.givebig.org/c/GivesDay   … END_OF_DOCUMENT_TOKEN_TO_BE_REPLACED 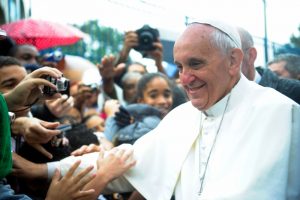 By: Roxane Ramos For the 2015 World Day of Migrants and Refugees on January 18, Pope Francis sends a message of peaceful coexistence, inclusion and compassion. ENGLISH: Dear Brothers and Sisters, Jesus is "the evangelizer par excellence and the Gospel in person" (Evangelii Gaudium, 209). His solicitude, particularly for the most vulnerable and marginalized, invites all of us to care for the frailest and to recognize his suffering countenance, especially in the victims of new forms … END_OF_DOCUMENT_TOKEN_TO_BE_REPLACED 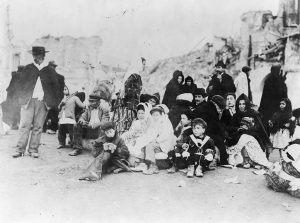 By: Roxane Ramos This year marks the 101st World Day of Migrants and Refugees, a day of reflection and thoughtful action first initiated by Pope Pius X in 1914 against the backdrop of a Europe on the move and on the brink of war. On December 28, 1908, a massive earthquake (7.2 in magnitude) struck Sicily and Calabria in Southern Italy, followed moments later by a 39-foot tsunami. The tragedy left between 123,000 and 200,000 dead, and the cities of Messina and Reggio di Calabria as well as … END_OF_DOCUMENT_TOKEN_TO_BE_REPLACED