You are here: Home / Archives for Press 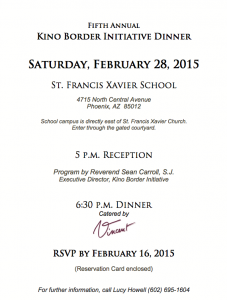 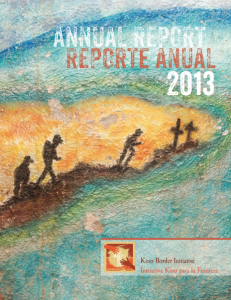 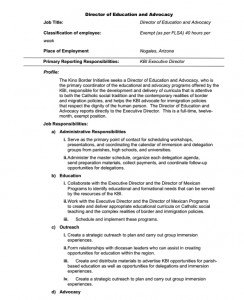 Associate Director Job Description  Click on link to see full document. About the Kino Border Initiative The Kino Border Initiative (KBI) is a bi-national non-profit organization located on the U.S. and Mexico border of Ambos Nogales that exists to address the immediate needs of deported migrants, to educate about the reality of immigration at the border, and to promote humane border and immigration policies that affirm the dignity of human beings and protect human rights. Learn … END_OF_DOCUMENT_TOKEN_TO_BE_REPLACED 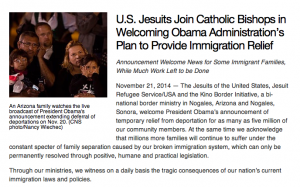 By: Roxane Ramos The Jesuits of the United States, Jesuit Refugee Services/USA, and the Kino Border Initiative have issued a statement welcoming President Obama’s recent executive action to end the legislative gridlock and place pressure on Congress to make immigration reform the priority the American public know it to be. Though the President’s order will provide temporary stays of deportation to as many as five million undocumented migrants who live in fear of discovery and separation from … END_OF_DOCUMENT_TOKEN_TO_BE_REPLACED