You are here: Home / News / Up Close: Javier Fierro and Joanna Foote Williams

The KBI’s new staff members bring a wealth of experience and commitment to the KBI.

The Kino Border Initiative welcomes two new staff members who are not so new to the KBI—Associate Director Javier Fierro and Director of Education and Advocacy Joanna Foote Williams have worked as volunteers in the past, serving deported migrants and supporting the KBI’s mission. Here’s a little bit more about them. 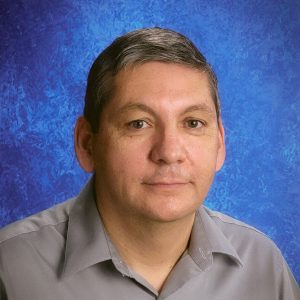 Javier Fierro has volunteered with the KBI from the beginning, making trips to the comedor to bring food and clothing. For Javier, giving his time, effort or expertise to causes he cares about has been a lifelong avocation.

As a volunteer adult education teacher, Boy Scout leader, statutory agent and treasurer for the Rio Rico high school boosters club, chair of his parish council, and most recently, as a permanent deacon in the Diocese of Tucson, Javier has dedicated countless hours to serving his community and fundraising for churches, schools and other organizations. He founded the Guadalajara chapter of APICS, a professional association in his field of supply chain and operations management, in 1992, and was its first president.

Javier studied Industrial Engineering at the University of Guadalajara, and has spent much of his professional life working for multinational companies in management, mostly in maquiladoras (manufacturing or assembly plants). Thirty-six years in the field and a Master of Business in Global Management from the University of Phoenix have given Javier a unique perspective on the ever-increasing globalization of business, which has an inevitable impact on the movements of people. As Javier points out, migration has always been part of human history, a topic covered in the textbooks his wife Leticia uses for her 6th-grade social studies classes. “As a migrant from Mexico myself,” he reflects, “I can relate to the needs and dreams of the people who uproot themselves in pursuit of a better life or who are fleeing harm.”

Javier migrated to the U.S. in 1997. He moved to Nogales, Sonora from Guadalajara two years earlier to work in a maquiladora, and to start the immigration process with his wife Leticia and their children Osvaldo, Alvaro and Cynthia (now 30, 28 and 26, respectively). The administrative process of obtaining a green card took two years, and Javier is aware that even with the bureaucracy and paperwork, his education gave him an advantage many migrants don’t have, allowing him to successfully navigate the legal channels of entry and eventually become a U.S. citizen. (He maintains dual citizenship.)

Javier’s respect for education and the opportunities it can provide is one of the main reasons he taught vocational and management classes for so many years. In 2008, he decided to switch careers entirely, obtaining his teaching certification in mathematics and teaching the subject in middle school and high school for the next 4 years.

After a brief return to management in 2013, Javier happened to be perusing the KBI website and saw the associate director job posting. He considers that God was showing him a path away from work focused on productivity and profit back to a vocation close to his heart—helping people and advocating for social justice. He applied and stepped into his new position at the KBI on May 11, bringing with him a wealth of management and leadership skills as well as a firsthand understanding of the motivations and aspirations of the migrants who the KBI serves. 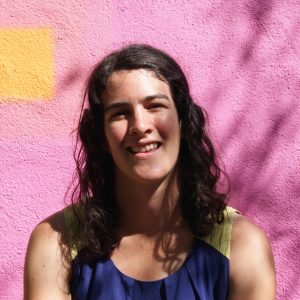 When Joanna Foote Williams first learned about the Kino Border Initiative at a 2010 presentation in Washington, D.C., she decided to participate in a week-long KBI immersion experience the following spring. Georgetown University, where she was a student, sponsored the trip, the first of what would become an annual excursion for the school, allowing participants to learn more about the migrant experience and life on the U.S.–Mexico border. But Joanna’s interest in immigration and social justice issues came much earlier.

Growing up in Denver, Colorado with an older brother and where her parents still live, Joanna attended school with many children of immigrants from Mexico, and she saw both the challenges they faced as newcomers and the comfort they derived from being together as a family; in high school, she volunteered teaching English to refugees, helping them to acclimate to their new home. When she enrolled at Georgetown, she declared a major in International Culture and Politics with a focus on Immigrant Integration.

There, Joanna worked at the Institute for the Study of International Migration, interviewing migrant families and contributing to various publications and research projects. Then, as a Truman Scholar, she spent the summer after graduation in 2013 at Jesuit Refugee Service/USA, researching and co-writing a report, Persistent Insecurity: Abuses against Central Americans in Mexico, a document that provides more concrete data than previously available and highlights how government policies can set the stage for these abuses. After that, she spent 10 months in Mexico investigating the reintegration of deported and returned migrants in Guadalajara and Puebla on a Fulbright–García Robles Scholarship

In between her semesters and research work, Joanna continued to volunteer and live in immigrant and migrant communities—interning at Casa Chirilagua in northern Virginia, serving for three months at a migrant shelter in Veracruz, Mexico, and spending the fall of 2011 at the KBI. “The experience was overwhelming, but hard to leave,” she explains. “I’d encounter fresh wounds of folks who were arriving, deported, everyday, but with the environment of support and deeper reflection that the KBI offers, I think I also learned to love better, how to be present and commit to journeying with the migrants I’d meet.”

Before joining the KBI staff in early June, Joanna worked at the American Civil Liberties Union in Tucson as their Border Litigation Project Coordinator for a year. She moved to southern Arizona to join her fiancé, Matthew Williams, who she met while volunteering at the KBI. Now an architect, Matthew coordinated bi-weekly trips to the KBI for the University of Arizona’s Newman Center when he was a student. Of all the hopeful and moving connections that occur at the KBI, this is perhaps one of the more unusual and joyous. They married in May. ¡Felicitaciones, Joanna and Matthew!