You are here: Home / Passages Newsletter / Comadres: Co-mothering and Communal Care at the Shelter 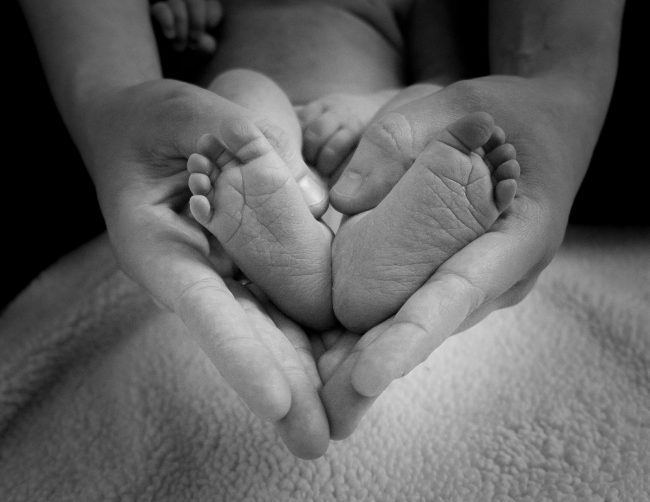 Many migrant mothers are single mothers not by choice. Partners fall victims to violence inflicted by organized crime, leaving the women widowed and the children without a father. Other times, the partners abandon their families to migrate to the United States to provide for them. Sometimes partners simply leave because they choose to. The women are forced to make complicated and imperfect decisions for the well being of their family; including choosing to migrate with their children to the border.

Amidst these difficulties, many women facing similar challenges find each other. Their unique circumstances and characteristics of survival bond them together in recognition and solidarity. Ultimately, they discover that they are not alone in this experience. This rings true for Clara and Nathalie– both migrants and both mothers from Central America who uprooted themselves to seek safety and protection away from their persecutors. Practices such as co-mothering and communal care helped these migrant mothers deliver and raise children as they navigated instability, fear and uncertainty at the border. This Mother’s Day we honor them and women like them who are examples of resilience and show alternative approaches to communal care and mothering.

“Hay personas que venimos y no traemos nada. Nada. / There are people who come here and bring nothing. Nothing.” -Clara, single mother seeking asylum from Honduras, 2021

Clara arrived in Nogales nine months pregnant back in 2021, after journeying alone from Honduras. Within days of staying at Kino Border Initiative’s Migrant Outreach Center she gave birth to her son, Vicente. Like Clara, Nathalie migrated from Guatemala and arrived alone to Nogales just two days shy of her due date. These two young single mothers endured extreme hardship before and during their migration journey. Yet, when reflecting about their first days at the border, they remember fondly the support and connection that the other migrant mothers offered them at the shelter. Through that social support, in forms of co-mothering and communal care, they were able to increase their individual resilience and discover their inner strength.

“It was very difficult when I set off on my journey, I said to myself, “What am I going to do when I arrive? Who is going to help me? Who will support me?” But I always had faith in my Lord. He will put people in my path who will help me.”- Clara

Three months pregnant and leaving behind a four year old daughter in the care of her elderly mother, Clara set off alone on her journey to the border from Honduras. Many migrants like her are forced to make the difficult decision to separate from their families due to unimaginable violence and stark poverty. She asked herself, “What will I do? Where will I go? I don’t know.” Six months later, she arrived at KBI on August 4th with nothing but worries and a huge belly. Ten days later she gave birth to her son, Vicente, in a hospital in Nogales, Mexico.

Clara says, “I feel very good staying at the shelter here. Thanks to God for the treatment and support.” She is especially grateful for the sisters on KBI’s staff, such as Sister Pina, who accompanied her to deliver her baby at the nearby hospital so that she wouldn’t be alone during this vulnerable moment. After a day in the hospital, Clara and baby Vicente were released and welcomed home to KBI.

During those first weeks, Clara was able to lean on the wisdom and support of her community of fellow migrant mothers at the shelter. These women offered what little they could; such as, looking after one another’s children while each other bathes or rests, and offering each other strength, care and comfort at times when the weight of reality feels overwhelming. Clara says, “Here at Kino, they support me. I feel safe and I feel good.”  We understand that these feelings of safety, stability and security are the foundation for wellbeing.

For migrant communities, where conditions of poverty and violence have made resources scarce, migrant mothers have relied on a network of other women that may include grandmothers, sisters, friends, and neighbors to co-mother. Communal care through co-mothering helps ease the burden of the biological mother, in this case an already overburdened migrant mother, to cover the needs of childcare when she is not available. For Clara, she entrusted her mother to care for her four year old daughter that she left behind in Honduras, with the hopes of one day being able to bring her daughter back with her to the United States. She also depended on the support of the other migrant mothers to help care for her newborn Vicente. We see this pattern as well in Nathalie’s story.

“When I arrived at Kino I felt very happy. I felt that it was the light at the end of the tunnel after all that I lived and suffered. I thank God because I know that He was the one who wanted me to come with you…I always felt that unconditional support you gave me, I felt safe. The experience of being with you was the most beautiful because there I discovered how strong I can be, especially my ability to always face things in a better way and, the most beautiful thing is that you were part of the birth of my baby.”- Nathalie

When we first met Nathalie, she expressed that she had been a victim of trafficking and sexual abuse. She arrived at our Migrant Outreach Center and within two days she had her baby. During those first few days, the Kino Border Initiative and the Florence Project accompanied her at the hospital and worked hard to expedite her case. Nathalie, a first-time mom, left the hospital and returned to the shelter where she was welcomed by the other migrant mothers. The women imparted lessons on how to breastfeed, how to soothe her crying baby, and how to trust her maternal instincts. For a new mom, especially when it’s your first child, this motherhood advice is extremely valuable. New motherhood is vulnerable and scary enough without the added layer of precariousness of seeking refuge in another country. For Nathalie, mothering in an un-traditional context of a migrant shelter at the border opened opportunities to forge co-mothering relationships to help fulfill those intimacy and caring needs for her newborn.

Nathalie shared the following reflection with Bernie, KBI’s social worker: “I wondered if my baby was going to be okay. I had nothing to offer him when he came into the world, and I felt sad and disappointed. But the truth is, I thank God so much for sending you all my way. This will all be an experience that I will never forget. It taught me that despite the difficulties, the light will always illuminate the darkness and that we never have to give up because with the help of God everything is possible. Thank you for the support.”

Here at the Kino Border Initiative, we are committed to offering refuge and accompaniment to all migrants at whatever stage of their journey. By giving to our mission, you make it possible for us to support women like Clara and Nathalie. Nathalie has since then reunited with her family in the United States. Meanwhile, Clara and baby Vincente are still waiting in Nogales until they can seek asylum. Both are deeply grateful for the unexpected support they found at Kino.

Clara says, “And thanks to God, that one arrives here and they really help us. There are many times we arrive with nothing. Just being received at Kino is a great help. And I want to thank you all for the help you give us.”

Nathalie says, “We are currently with my baby and with a family that welcomed us with much love. Without your help nothing would have been possible. Everything you did for us was more than good. Kino is the family that many of us need, because it is there that we realize that life is more beautiful and after arriving there, we no longer want to leave.”