You are here: Home / Archives for julie 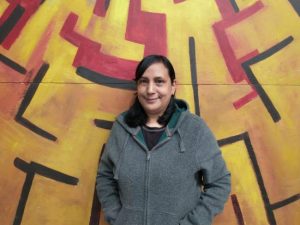 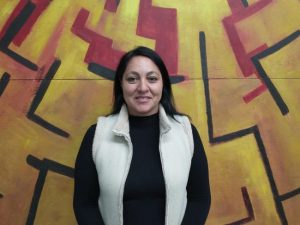 Yanet’s husband began verbally abusing her when she was pregnant with their first daughter, Emily, who is now nine years old. Once Emily was born, the abuse became physical and persisted over the years until just a few months ago when Yanet was finally able to escape and flee to the US-Mexico border to seek protection. For nine years, Yanet was trapped emotionally, physically, and economically under the tight grip of her husband. He threatened to kill her, the children, and Yanet’s mother if she … END_OF_DOCUMENT_TOKEN_TO_BE_REPLACED

Mexico Announces a Crackdown on Migration The Mexican National Guard, founded in 2018 and subsequently used as a tool by the Trump Administration to control and curb migration from Central America, announced a "migration crackdown,” further militarizing its border with Guatemala. Such unchecked militarization will inevitably lead to an increase in human rights violations of migrants on their journey and continue to direct energy and resources away from processing and access to protection. Title … END_OF_DOCUMENT_TOKEN_TO_BE_REPLACED

Join the KBI Team We are still accepting applications for the positions of Director of Communications and the Director of Finance and Administration. The Director of Communications is responsible for humanizing the realities of migration and encouraging engagement from individuals and communities through various communication tools, including a bilingual, content-rich and interactive social media presence, a monthly newsletter, connections with traditional media, and the KBI annual report. The … END_OF_DOCUMENT_TOKEN_TO_BE_REPLACED