Young advocates from Jesuit and Catholic institutions including San Miguel High School, Salpointe Catholic High School, St. Augustine Catholic High School, Lourdes Catholic High School, and Brophy College Prep came together on Saturday, February 20th for the annual Kino Teens Walking in Mercy event. During this time, students delved into border policies and humanized their impact by speaking directly with immigrants in their schools and in Nogales. Since the pandemic stopped them from gathering in person, they connected virtually and wrote letters of advice and encouragement to each other. We commend these institutions, their staff, and the students for their ongoing efforts to stay informed, “walk in mercy” with migrants at the U.S.-Mexico border, and take a stand for migrant justice! 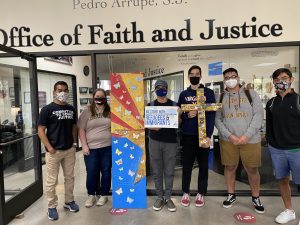 We are happy to welcome Bernie Eguía, who just joined the Kino team as our social worker. Originally from Guadalajara, Jalisco, Bernie graduated from ITESO – The Jesuit University of Guadalajara in 2015 with a degree in Psychology. She feels inspired to work with migrants in Nogales because she believes this is an opportunity to strengthen our social fabric and contribute to making our community a better and more hospitable place for everyone regardless where we come from. She says, “I admire the work that so many people do at this organization. Also, I recognize and believe in the collective effort to transform migration conditions into a more dignified and humane process.” 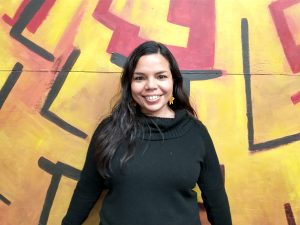 Last month we announced that our new Executive Director will be our very own previous Director of Education and Advocacy, Joanna Williams, whose commitment to KBI runs deep. We are honored that she stepped into this role on March 1st. 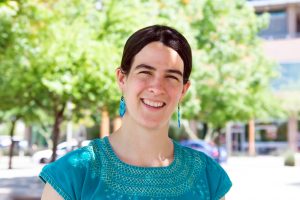 In mid-February our Mexican attorney, Rafael Chee, participated in the annual meeting of the Jesuit Migration Network in Mexico. We are delighted to share that he accepted the nomination to serve as the coordinator of the network’s advocacy work. In his new role he will lead staff at other Jesuit works in Mexico to identify and take advantage of opportunities for coordinated advocacy actions. 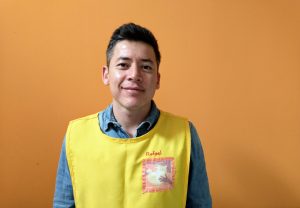 Voices of the Border

Co-authors of Voices of the Border, Tobin Hansen and our very own Mexican Education Coordinator Sister María Engracia Robles Robles, M.E., hosted a book launch on February 24th in partnership with Canisius College Their book documents the testimonies of individuals who have passed through KBI, amplifying the voices of a demographic often excluded from the immigration conversation. Pre-order your copy HERE. 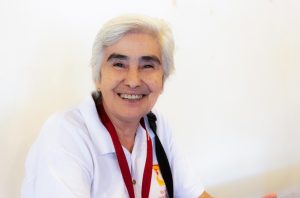