You are here: Home / Migrant Stories / “Her friendship outweighs anything I have endured or lost.” – The Story of a Sisterhood Rooted in Destiny

“I came here with my children knowing I would be completely alone, knowing that would be the hardest part. I imagined perhaps finding something close to friendship, maybe a general camaraderie, but definitely not a friendship as significant as what I have with Marisela.” begins Luz Maria.

The history of what brought Luz Maria and Marisela to Nogales is rooted in the same terrible fears that many from Guerrero share. They lost their husbands to unknown fates, tried to find justice in their names, and instead found themselves met with threats, corruption, and ultimatums of whether to remain in the only home they have ever known, or to protect their young children from further loss and danger. With how similar their stories are, one might believe these two women and their children have always known each other and jointly decided to support one another in this life-changing decision. The truth instead, is that Luz Maria and Marisela simply share tragic, parallel twin histories. 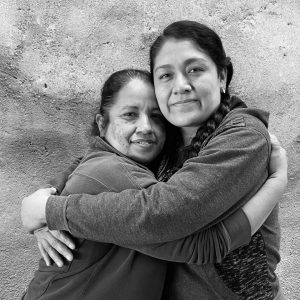 As with many mothers, when the safety and futures of their children became impossible to guarantee, they fled. They made the arduous journey with their children, guided by loneliness and uncertainty, determined to find refuge and new lives.

Luz Maria arrived in Nogales in July of 2021 and found herself there without knowing anyone and or much about the current state of immigration policy. As has been the reality for over two years now under Title 42, she and her children were denied any due process in seeking asylum and were immediately turned away. Lost and alone without options, Luz Maria was guided to the Migrant Outreach Center, where her hope was rekindled by sincerity, humanity, and the warm smiles of the staff at the Kino Border Initiative that welcomed her when she arrived. With KBI’s support, Luz Maria worked to adapt and create a temporary life for herself and her children here in Nogales as she waited for an asylum process to restart.

Luz Maria recalls that for a moment, a window of hope for asylum that opened up back in August 2021. “There was a time in August when it seemed like we might successfully claim asylum, but somehow we were once again denied,” Luz Maria shares . “At the time it broke me, I just couldn’t understand the reality of having to go on this way. I think now this was a deciding moment where God made sure I stayed in Nogales so I could be here when Marisela arrived.”

As fate would have it, Marisela arrived alone in November with her two kids. Luz Maria  remembers seeing Marisela at KBI on her first day in Nogales. They soon discovered that they lived across the street from one another and were practically neighbors. The women’s friendship came naturally, almost as if they had been meant to find one another. And their children, who were close in age, quickly became friends too.

Luz Maria and Marisela became inseparable. Luz Maria helped Marisela find work at the places where she also worked. Together they swept the floors of a restaurant, a barber shop, and a snack stand in the center of Nogales. They would share taxis with their families every morning to go pick up food at KBI, and afterwards they would all have lunch together. They cared for each other’s children when one of them needed to go run errands or work a shift. The families attended the migrant-led protest marches supported by Kino when new policy changes would emerge. This friendship became the moving force that both families desperately needed as they continued to find themselves stuck at the border. 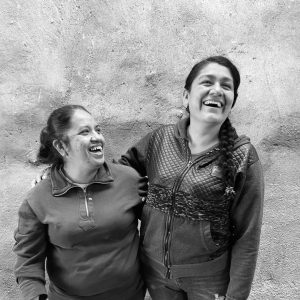 “It’s the little things that having company just makes special,” notes Marisela. “I know I can tell her any little thing, whether something is worrying me or whether I have a bigger problem. I know I have someone that I can confide in and be open with. That isn’t something you often find, and it makes all the difference when you’re in such a vulnerable place without having much other surety about anything else in your life.”

Friendship brought laughter back into their lives and somehow they began finding joy in the smallest of details. The same struggles and uncertainties at the border persisted, but their support and motivation of one another made these struggles bearable.

“It’s very easy to feel like there is no hope at the border, to just feel your joy and motivation drain from the uncertainty and struggles,” confesses Marisela. “I think this feeling of sadness that solitude brings would have made me give up, but with Luz, there is someone to pick up the pieces and reinvigorate my hope. We may continue to not have much but we have each other’s hope and support and that is what saves us everyday.” 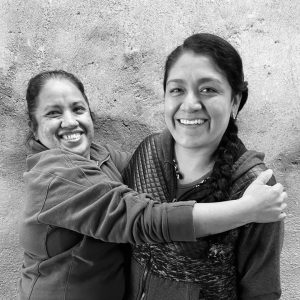 When reflecting on whether they think their friendship is something they think others might experience often, they both agree that though friendships can all be very meaningful, there is something unique about the bond that they managed to find in such an unexpected place and under extreme circumstances. Their sisterhood has allowed them to survive in ways they never thought possible.

“There is a reason God brought us here,” Luz Maria affirmed. “He knew that Marisela would need me, and would need this friendship. And now here we are- I am here for her and she is here for me morally, emotionally, and spiritually. Fate has taken so very much and continues to take but her friendship outweighs anything I have endured or lost.”

She continues, “Nogales began as a nightmare, salvaged only by KBI’s generosity and support. What Nogales has brought me now is laughter, affection, and friendship like no other. When I lay at night, it is on these gifts that I focus on so we can keep fighting for our futures. This sisterhood is something I never had before, and somehow I found this treasure during the greatest trial of my life. Somehow the angels guided me and stood by my side, giving me a miracle to be able to survive out here.” 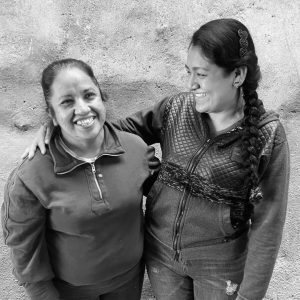 When asked if their hope for asylum has changed at all with the life they have been able to forge, the two friends answer in tandem:

“We are here surviving together, but our children deserve more than just survival,” they say. “One day soon God will allow us to cross this border, and when that happens we will cross together. We’ll lean on this gift of friendship and we’ll pave our new futures side by side, knowing we could not get there without each other.”