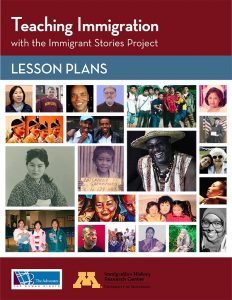 Teaching Immigration with the Immigrant Stories Project, from the Immigrant History Research Center at the University of Minnesota and The Advocates for Human Rights.  … END_OF_DOCUMENT_TOKEN_TO_BE_REPLACED 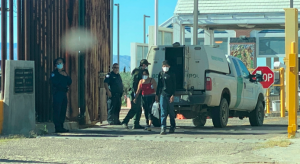 We mourn the killing of José Antonio Elena Rodriguez. We lament and decry the absence of justice, and we are wholeheartedly dismayed by the fact that the abuse that killed him is commonplace among CBP officials, especially Border Patrol. In this piece, we will relate the patterns of abuse, including accounts we have heard directly from migrants. After years of hearing these stories, scrutinizing policy, and scouring data, we have concluded that CBP is either unwilling or unable to rectify … END_OF_DOCUMENT_TOKEN_TO_BE_REPLACED 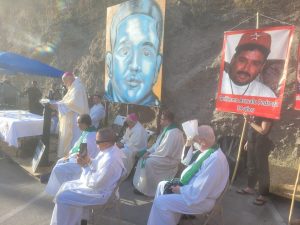 Injustice is felt at the human level. When we talk about our priorities and values - like justice, equity, and policy change, they can seem like lofty or nebulous ideas. The reality couldn’t be further from the truth. Our empathy and our primary orientation is for people. We know and we listen to our siblings in migration. It’s precisely because we listen that we care about injustice and policy, because we see the effects on individual lives. One of the worst outcomes injustice can have … END_OF_DOCUMENT_TOKEN_TO_BE_REPLACED 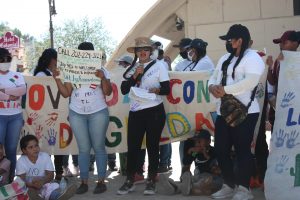 A better system for migration is possible. We must create the political will to enact it – and we know migrants play a key role in creating this will for change. Today, we are relaying a story from one of The Revolutionaries, a group of migrants who formed to organize marches and actions to press for migrant rights. Iris* is one of these courageous men and women, and she shared her own story of abuse at the hands of migration officials throughout her journey at our March for Migrant Dignity on … END_OF_DOCUMENT_TOKEN_TO_BE_REPLACED

Migrants in Nogales lead march in honor of World Day of Migrants and Refugees. In recognition of World Day of Migrants and Refugees on September 26, migrants seeking asylum took to the streets in Nogales to protest Title 42, Border Patrol abuses, and lack of access to healthcare in Nogales, Sonora. Known as The Revolutionaries, a group of migrants organized and led the march, which featured testimonies, songs, and an exhortation for more just policies on both the U.S. and Mexico side. Marking … END_OF_DOCUMENT_TOKEN_TO_BE_REPLACED