You are here: Home / Archives for Advocacy

We at KBI and other Mexican border shelters express our concern about and opposition to the "Migration Protection Protocols," which would force the vulnerable individuals that we serve to remain in limbo and in danger in Mexico while they await months or years for an asylum decision in the United States. Read our joint statement here:  Red Zona Norte Statement on MPP … END_OF_DOCUMENT_TOKEN_TO_BE_REPLACED

As a binational and Catholic organization that works directly with migrants, we at the Kino Border Initiative strongly oppose President Trump’s decision to bar access to asylum for people apprehended between ports of entry. Through our binationality, we witness every day the potential of the US/Mexico border as a place of encounter and welcome. We work together across cultures and nations united in a single purpose: to promote the dignity of each human being. We believe such collaboration is … END_OF_DOCUMENT_TOKEN_TO_BE_REPLACED 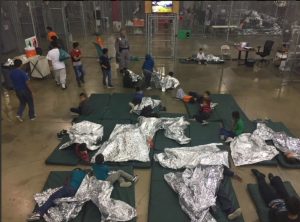 Stop the Indefinite Detention of Children! After the public outcry in response to separated migrant children held in cages, the solution proposed by the Trump administration is to hold them in cages with their parents—with no time limit! Announced in early September, the new rule would reverse the long-standing Flores Agreement, which outlines standards of care and stipulates a 22-day maximum detention period for minors. The most effective way to fight back against this proposal is to get as … END_OF_DOCUMENT_TOKEN_TO_BE_REPLACED 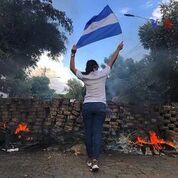 Last month, a bipartisan group of U.S. senators introduced legislation to address the current crisis in Nicaragua. The Nicaragua Human Rights and Anticorruption Act of 2018 would: impose sanctions on Nicaraguan government officials responsible for protester deaths, human rights violations, and corruption; call for a negotiated political solution to the country’s crisis; require intelligence reporting on corruption and human rights abuses; and compel annual certification by the U.S. … END_OF_DOCUMENT_TOKEN_TO_BE_REPLACED

In the aftermath of Attorney General Sessions’ decision that domestic violence survivors will no longer be eligible for asylum in the U.S., the KBI joins the Center of Gender and Refugee Studies (CGRS) at U.C. Hastings to support these brave survivors in their pursuit of safety and protection. CGRS provided legal defense for the client in Matter of A-B, the ruling Sessions reversed last month, thereby overturning a hard-won precedent that affirmed domestic violence as grounds for asylum. We … END_OF_DOCUMENT_TOKEN_TO_BE_REPLACED