You are here: Home / News / Up Close: The People of the KBI 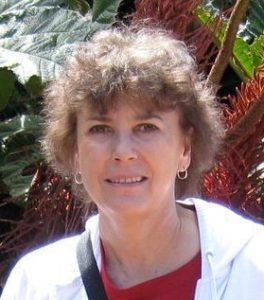 As a volunteer and advocate for immigration reform, Agnes is almost busier than when she taught elementary and middle school for 32 years in Wisconsin. Far from the U.S.–Mexico border, one might think immigration would be a distant issue, but parts of the state rely heavily on farm workers from Latin America. Agnes discovered more about their trials when, as a literacy volunteer in 2009, she taught English to one of them, an undocumented mother from Mexico.

The experience—along with a desire to put the Spanish she was learning to use—opened the door to a whole new area of volunteer activity for Agnes. She was already involved in helping the needy in her community, serving meals at two nearby churches, working with the local food pantry, and taking shifts at St. Joseph’s warming shelter in the winter. Now, her focus and service began to expand beyond Menomonie and into the wider realm of immigration reform and social justice. In 2010, Agnes participated in a Maryknoll immersion retreat in El Salvador. In 2012, she joined a 10-person delegation to Guatemala sponsored by the Washington, D.C.–based Guatemalan Human Rights Commission to investigate and support community leaders who were speaking out against violence and destructive large-scale development projects. And just this past January, Agnes spent a week at an orphanage in Peru with St. Joseph’s Mission and Service Outreach group, one of the direct aid efforts sponsored by her parish.

In the midst of these trips, Agnes learned about the Kino Border Initiative from a cousin in Sonoita, Arizona. It prompted Agnes to sign up for a week of volunteer work at the KBI’s comedor in October 2011, and she has been a staunch supporter ever since. While in Nogales, she learned even more about the experience of the migrants and the conditions that drive them to seek a better life elsewhere. But what affected her most deeply was discovering that deaths among migrants who attempt to cross the desert was on the rise. As she has before and since, Agnes reflected on her experiences in church bulletins and also wrote for the local paper back in Wisconsin.

Just last year, Agnes had the opportunity to visit with Fr. Sean and other KBI staff once again, during a Social Action Summer Institute Conference she attended in Tucson. This time, she took part in a desert walk, covering the harsh terrain the migrants traverse in the sweltering June heat. Though it was just a sample of what the migrants endure—their trek can take days with scarce food and water, in shoes and clothing unsuited for the environment—Agnes confesses that it was eye-opening to encounter these conditions first-hand. “On our walk, we discovered a ripped backpack, a crushed water bottle, and a blanket left from a winter journey,” she writes.

Though it has been a challenge to face the heartbreak of these direct encounters with the reality of the border, Agnes remains undeterred in her exploration of the human rights issues. The one-time teacher has become a student of human suffering, and she has drawn inspiration not only from Pope Francis’s call to help immigrants and the poor, but also from her pastor, Fr. Tom Krieg. He has encouraged Agnes to write about her experiences as a way to help others and spread the word about the urgent need for immigration reform. “People need to see what’s going on,” she explains. “If you see for yourself, you can’t turn away.”